Songbird CLELIA ADAMS, launched her then new album “HEARTBEAT HIGHWAY” at the 2005 Tamworth Country Music Festival, with the Feral Swing Katz members and friends on stage.

The selection of songs for “HEARTBEAT HIGHWAY”, came directly from the “live performance” arena, songs pre-loved and new, but firm favourites with country music fans everywhere she performs. A strong roots country, rockabilly retro theme runs throughout the album, spanning the decades and bringing together Clelia’s vast musical influences. A self confessed “60’s kid”, Clelia’s retro mix of songs is evocative and enticing, impeccably played and true to the spirit of their genre, which covers music from the 30’s (including yodeling songs), through the 60’s to the more contemporary 80’s. “HEARTBEAT HIGHWAY”, a Clelia original, is the story of her performing life, wrapped up in one big catchy country shuffle.

Since its release, “HEARTBEAT HIGHWAY” has received major CM industry acclaim and recognition, both in Europe and Australia. The album yielded two Top 10 hits in Europe on the ECMA Charts (European Country Music Association), with “BACK IN BABY’S ARMS” which reached # 9 in August 2005, and with “HEARTBEAT HIGHWAY” reaching # 4 in March 2006. This is CLELIA’S highest ranking yet on the European charts. 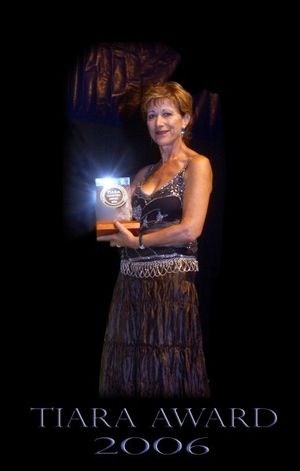 Tamworth festival 2006 saw CLELIA take out the “Gentleman Geoff Brown Memorial Award” TIARA at the Tamworth Independent Artists Recognition Awards for “HEARTBEAT HIGHWAY”. This award is extremely precious to CLELIA as the Browns have been her “other family” throughout her Tamworth years.

The 2005/2006 year has seen CLELIA appear at the major CM festivals around Australia, including the Toyota Gympie Muster, Mildura Independents Festival, Tamworth Festival and Bunyip, Victoria. CLELIA also featured in two new country music books, launched in Tamworth 06: Shot By Jake’s colourful festival character and pictorial, “HAT’S LIFE” and John Elliot’s “WHERE COUNTRY IS”, a pictorial history of the past 20 years in Australian Country Music.

The accolades kept coming in mid 2006 from the International CM industry, when CLELIA was nominated in the first round of artists in two categories of the European ECMA 2006 Country Music Awards, ARTIST OF THE YEAR and FEMALE VOCALIST OF THE YEAR. Voted for by the European CM industry, this put Clelia in the company of Dolly Parton, Faith Hill & our own Keith Urban.

In November 2006 CLELIA was nominated in the 2006 NSW GOLD MEDALLION AWARDS, in the Female Vocalist of the Year, alongside Becky Cole, Anne Kirkpatrick, Melinda Schneider & Karen Lynne.

The third single, a remake of the classic Hank Williams’ “HALF AS MUCH” was released on Hillcrest 35 and remained on the European charts for over 20 weeks.

Clelia has always delivered a top class, professional, entertaining show, with audiences everywhere, knocked out by her versatility, personality and dynamic vocals.

I still love your album, good selection of songs, good playing and production. But the special thing is your voice quality - you have the rare qualities these days of being both distinctive and utterly attractive…can’t mistake you for anyone else!

Love it, love it! You seem to be growing younger with every passing day. You inspire me, delight me and give me hope for the next decade of my life. We love you Clel.

Love the website, love the DVD of your launch. Your voice is magnificent. it’s one thing to sound great in the studio, but when you sound as good as you do live, it’s brilliant. You age getting better and better. it’s a real joy. I love the song on the DVD with Ted (Tillbrook) and (Paul) Wookey’s voice is sounding good too. what a great band, what a wonderful woman. You go girl!

Northern Rivers NSW resident Clelia Adams has lived through the ups and downs of life, but one thing is certain, she has never lost her love of music. The talented country singer has made a name for herself singing country, and this album shows plenty of her vocal versatility. From the catchy upbeat opening original, through the classics, great uptempo rhythms and very interesting arrangements of the songs, which are well known to country fans, makes this album easy to listen to and allows it to have broad appeal. There’s a lot to like about this album, which is familiar and friendly, and a real party pleaser.

Another lovely collection. And they say the sophmore album is statistically never as good as the debut! You proved that theory wrong, working with Stu, Michel, Camille and the other tasteful and creative musicians was certainly an inspired decision. Your “Heartbeat Highway” is a bona fide beauty!! We’ll be featuring this album.

A real toe tapper, “Heartbeat Highway”, is a fantastically appealing track to open Clelia Adams’ new album by the same name. Clelia wrote the song and it stands up admirably beside the “hillbilly/country pop” covers that complete the CD. Produced by Feral Swing Katz’ Stuart French and using the fine musicians in the band, the album is filled with sure-fire audience favourites. Practically every track makes you want to dance. Clelia lets the vocal chords loose with “Yodellin’ Blues” and “Cowboy’s Sweetheart”, and if 11 tracks aren’t enough, there’s 3 bonus tracks. There’s a lot of fun going on with this album and it shows, in the brightness and cheerfulness in Clelia’s voice. Go on folks, get dancing!

The heart stopper this month comes from Australia with a very simple album of pure country music. On this vast continent, on the other side of the world, country music has always been popular. Australia has its pioneers from the 50’s and 60’s, such as Slim Dusty. The tradition relies on ballads about the bush, but the last few years has seen the arrival of a group of young artists more inspired by the sounds of Nashville than the story of trains criss-crossing the outback. Some of these artists have successfuly emigrated to the US, such as Jamie O’Neal, Sherrie Austen & Keith Urban, but the local scene remains highly vibrant and Clelia Adams does not dream of becoming the next Australian Shania Twain. Her music does not have a hint of pop. Just to five you an idea, her (Clelia’s) previous album (2001), dug into the repertoire of Bob Wills, Hank Williams, Jimmie Rogers, heather Myles and Rosie Flores. her latest release “Heartbeat Highway” offers more of Hank Williams (Settin The Woods On Fire), but also Iris deMent, Patsy Montana and even a true/real Clelia Adams original. You will find some waltz, honky tonk and even some yodeling rock (Yodellin’ Blues). And none of it sounds back-ward looking. She is accompanied by the best studio musicians in Australia, some of whom are Michel Rose (pedal steel & dobro), and Stuart French (guitar). And one can really hear the steel pedal, the dobro and even the accordian. ONE OF THE BEST ALBUMS OF TRUE COUNTRY MUSIC FOR THIS YEAR!

ALBUM OF THE WEEK, Pete Smith, “The Advertiser”, U.K

It was almost 3 years ago that I first brought this exciting Australian talent to your attention with her album “Bring it On”. It was almost as it that album title was an instruction, for Clelia has certainly “brought it on”, country style for her latest release. The eleven superb performances span the generations with songs from Patsy Montana’s “Cowboy’s Sweetheart” (wonderful yodel!) to Hank Williams, Iris DeMent, Kay Starr, Doris Day and more. Bavk on the strictly country beat, there are Clelia’s own “Heartbeat Highway”, “Talk of the Town”, “Settin the Woods on Fire” and one of my all time favourites “Back In Baby’s Arms”. As a bonus, there are three rock and roll favourites “Mountain of Love”, “Stupid Cupid” and “My Boy Lollipop”.

Very occasionally, an album comes along that has the knack of leaving you feeling happy, and such is the case with “Heartbeat Highway” from Clelia Adams. The young lady is comparitively new on the scene, but one gets the feeling that before long, she will be maiing rather large waves in the Australian Country Music world.

Originally from Tamworth, Clelia now calls the Northern Rivers district of NSW her home. A country music album mainly (heartbeat Highway, Half As Much, Back In Baby’s Arms, Cowboy’s Sweetheart, Yodellin’ Blues and many more), this album will tug at the heartstrings of many old rockers with songs like Green Door, Stupis Cupid, Rock and Roll Waltz and My Boy Lollipop coming into the equation. My pick on this CD would have to be Clelia’s great version of Iris DeMent’s classic “Our Town”. The vocals are great, the backing (headed by Stuart French), is spot on, and if this CD doesn’t leave you feeling warm and happy, you’d be strongly advised to book an appointment with your friendly GP, because man, you’ve got a problem!